The Lincoln Club’s monthly luncheons and events are currently suspended to adhere to the Riverside County public health directives.

We are committed to keeping you informed on important political and policy issues by email until such time that we can resume our in-person activities.

THE LINCOLN CLUB LEGACY
The Lincoln Club of the Coachella Valley was founded in 1994 through the efforts of Dick Oliphant, Senator Jim Brulte and the Honorable Sonny Bono. 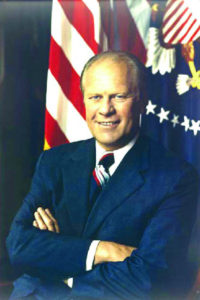 The first Lincoln Club was founded in Orange County in 1962 by a group of California Republican business people who were dismayed at the viciousness of the primaries at that time, the large sums of money being wasted on elections, and the poor quality of certain candidates and officials.

The Lincoln Cub has now grown statewide and is committed to the goals of supporting better government and seeking out and supporting superior candidates to run for political office.

President Gerald R. Ford, 38th President of the United States, is our Honorary Founding Chairman. President Ford was a local resident and spoke at Lincoln Club events over the years.
PHILOSOPHY
We promote Republican values and participate in the political process. All monies raised are used solely to carry out our goals and objectives.
GET IN TOUCH
Join our mailing list and be the first to know about Lincoln Club Coachella Valley events and news.